Breathing hard, my back against the dusty wall of a mud compound, its metal doors forced open to reveal a small shop, the coolness of its shade washing over me, I stared hard at the Taliban fighter at my feet.

All smiles after the patrol when all my men are safe

Just moments earlier he had been intent on killing me and my men. What his motivation was – ideology, money, excitement – I didn’t know and would never find out. For the man’s deep, dark eyes were unseeing.

They were those of a man who had breathed his last, another casualty of war.

Where he lay, a small pool of blood had formed behind his head, his loose fitting robes twisted around him, the feet bare, the long hair matted with dirt, his beard matted with blood.

Around him was strewn the detritus of a medical emergency; tubes, bandages, a syringe, signs that immediately after he had been shot the soldiers then proceeded to try and save his life. It was not to be.

Death had triumphed over life. When we could, we would take a DNA sample and a photo, and then leave his body to be buried by the local population whose hospitality he had forced himself upon, taking advantage of the Pashtun-Wali code, the ancient custom of kindness to strangers adhered to as much today by the local population as it was during the time of Alexander the Great.

But procedure would have to wait a bit longer, for the sounds of combat had not died with the young insurgent.

Even as my soldiers had tried to staunch his flow of blood and that of one of his wounded colleague, their comrades renewed the attack, trying to force us from the ground we had so recently taken, hoping we would abandon not just the territory but also the wounded fighter and the weapons and radios we had captured.

There was nothing particularly unusual about the situation. Using military mission verbs, we had been in the area to Find, Feel and Understand, in other words learn about the area.

Our patrol had been working on a road between Kalang, our main Patrol Base in Saidabad, Nad-e-Ali, Helmand Province and the rather smaller and more isolated checkpoint Tanoor. The result was predictable.

The insurgents had been first to engage, the 7.62mm short rounds from their AK47s, and 7.62mm long rounds from the PKMs, splitting the air above our heads, ripping up the earth at our feet and slamming into the compound walls the young rangers were using for cover.

But this wasn’t a day to absorb the enemy fire and merely trade a few rounds of our own. Today was a day to take the fight to them. Fast, aggressive movement, charging in depth, clearing insurgent positions and cutting off withdrawal routes.

The dead insurgent had tried to use children to mask his retreat, the same terrified youngsters he had hidden behind when he first opened up at us.

Not that his tactics were any match for the skill of my ranger sniper. He fired without hesitation, but not without thought. Because the highly trained Royal Irish soldier had many things going through his head as he focused on the insurgent.

He had been trained to ask himself three simple questions, Can I? Could I? And finally should I? The first two questions relating to his rules of engagement the last question relating to the impact of firing, what effect would it have not just on the insurgent but on the local population. In the end he had no choice, his skill matching his training.

It was then that the insurgent’s comrade moved from the shadows, rifle in hand as he fired wildly down the track. It was the next .338 calibre bullet from the sniper’s weapon that 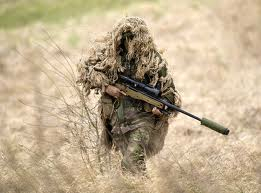 A Force Multiplier in Combat

smashed through his groin exiting his buttock and sent him spinning to the ground.

This was not the movies. There was no spray of blood, no arms thrown theatrically into the air, just the sickly sound of the impact; lead boring through flesh and bone.

For the enemy the relief of being alive would quickly have been tempered by knowledge that his body had been seriously if not fatally damaged, physically unable to respond to the commands sent from the brain.

I am no stranger to violent death. Bosnia, Kosovo, the war in Iraq and now three tours of Afghanistan, have ensured that. But that does not mean I am immune to it, whether the loss of life has been suffered by friend or foe. I feel both keenly. The immediate euphoria of overcoming an enemy tarnished by the sense of waste.

Death on the battlefield is at least followed by a full stop. It is the fate of the wounded that raises the questions and introduces the thorny matter of compassion.

After the sniper struck there were quick decisions to be made. Do I send my men 400 metres forward to recover the wounded, give them medical treatment, arrest them and send them back to Camp Bastion?

Or do I leave them writhing in pain and misery, hopelessly willing their shattered limbs to carry them beyond our reach? It’s is a question of risk versus gain, but it is also a question of compassion on the battlefield.

I decided to exercise the compassion only available to the victor. The surviving insurgent is treated as if he is one of us. With a dressing on the wound, and morphine for the pain, a MIST report is sent back to HQ classifying him as a CAT A casualty.

Soon a helicopter will arrive to whisk him away to the same facility that would have treated a British casualty if the roles had been reversed, no medical distinction being made, it is the Law of Armed Conflict and it governs all our actions on the battlefield.

Meanwhile his dead colleague is shown the dignity in death I suppose we all deserve. His clothes are rearranged, his arms straightened by his sides.

Nowhere in the rules and regulations does it say this needs to be done. For what the young soldiers of 1 R IRISH do is a human thing, not a military action, there is a gentleness in the mayhem that makes me proud to command these young soldiers. 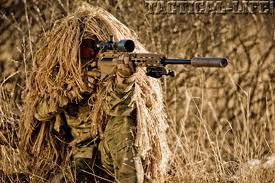 10 thoughts on “KILLING AND COMPASSION ON THE BATTLEFIELD”